What are you looking for?

From light to electricity

Since only efficiency is truly sustainable.

Today, there are two dominant trends in the energy sector: on the one hand, climate protection, which has a massive impact on energy providers and their energy production, and on the other hand, continuously rising electricity prices. As a medium-sized company, we see ourselves in a position where, firstly, we have to work cost-efficiently in order to be able to ensure the preservation of the company in a competitive market as well as the employment of our staff. Secondly, we want to act in an environmentally conscious way and thus make our contribution to preventing CO2 emissions wherever this is economically possible. And this is where our new photovoltaic system on the building yard in Gaudernbach comes into play…

But how does the whole system actually work? Basically, the solar modules of a PV system are made up of individual solar cells. These consist mainly of silicon. The trace element silicon belongs to the group of semimetals. It therefore has the properties of both metals and non-metals. As soon as the sun hits the solar modules, electrons are released from the silicon atoms and generate an electric current that is discharged via contacts. 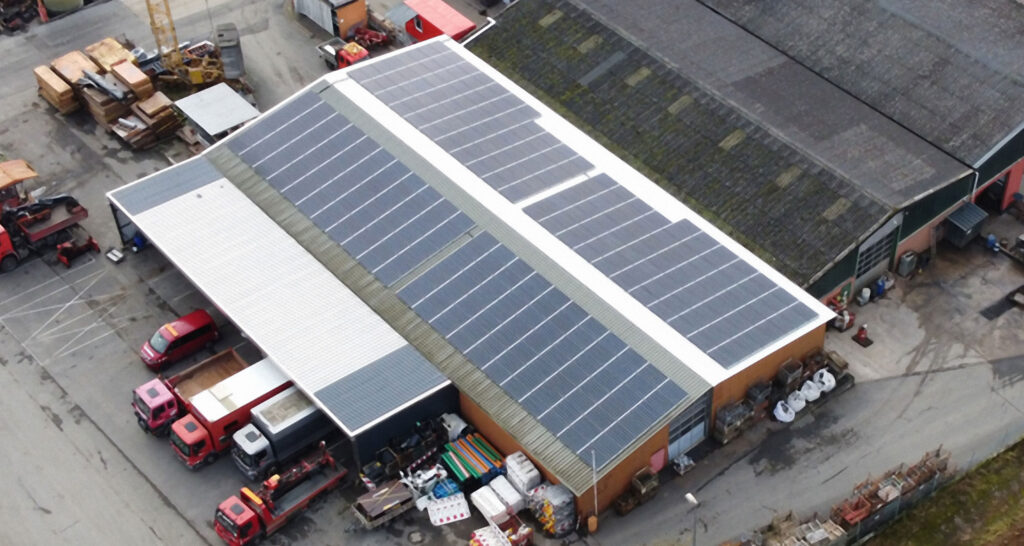 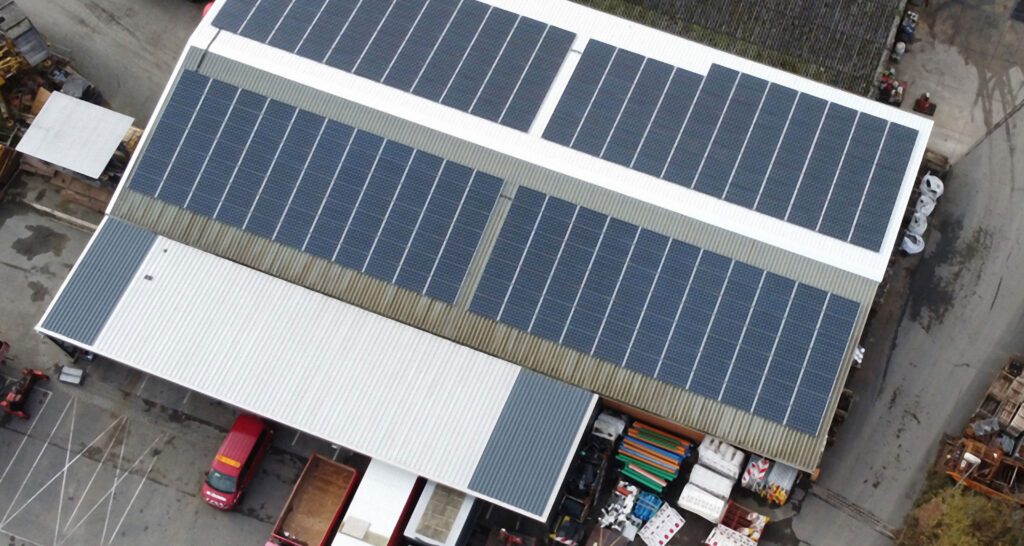 The derived current is initially a direct current – but this still has to be converted into alternating current. The inverter of the PV system is used for this task. In our system there are two module surfaces: The first surface, 280.6 m2, is 23.4 m2 larger than the second surface. It faces southwest at 240 degrees and has an inclination of 15%. The second surface has a PV generator surface of 257.2 m2 and is oriented at 60 degrees to the northeast. Like the first module area, the second has a slope of 15%.

With this setting, we can now generate our own electricity from sunlight and thus supply ourselves with electricity independently of external power suppliers and their energy sources. From our point of view, we have chosen a pragmatic and at the same time environmentally friendly solution.

Key data on the PV system