What are you looking for?

For many years now, the bicycle has been gaining more and more importance in everyday urban life. People not only use them to go to the supermarket, visit friends or go on a bike tour, but also use them as a comfortable and healthy way to get to work. Now another trend is emerging, whose European pioneers are Denmark, the Netherlands and Germany: The bicycle highway. This enables cyclists to cover long distances at high speed in an efficient way and makes the bicycle a good alternative to the car for longer distances. 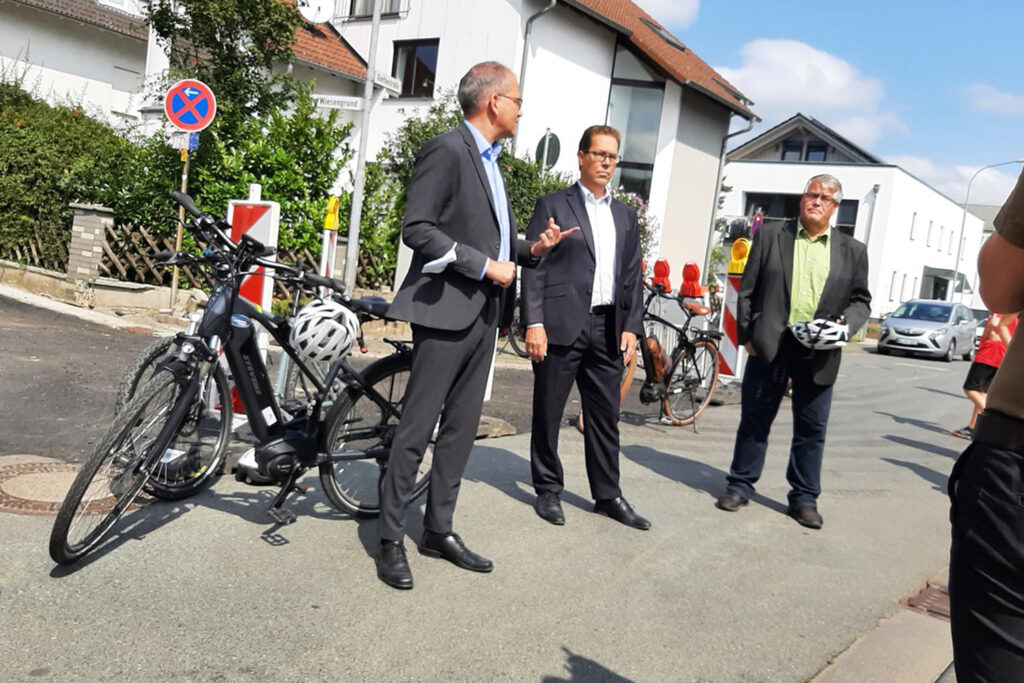 “We are thus making cycling an attractive alternative in interurban commuter traffic.”

Hesse’s first bicycle highway will run over 35 kilometres from Darmstadt via Erzhausen, Egelsbach, Langen, Dreieich and Neu-Isenburg to Frankfurt. A 4.3-kilometre section between Darmstadt-Wixhausen station and Egelsbach is already in operation, and the section between Egelsbach and Langen is scheduled for completion in autumn. The intercommunal project is being implemented by the Regionalparkgesellschaft Südwest, with active support from the Schütz employees. For #TeamSchütz, too, the bicycle highway between Frankfurt and Darmstadt represents a new and interesting challenge. Special requirements apply to bicycle highways in terms of width and surface. They must not have too steep a gradient and must be guided in such a way that cyclists can travel at an average speed of 20 kilometres per hour without having to stop too often.

“We are thus making cycling an attractive alternative in interurban commuter traffic,” the minister said on Tuesday during a site visit in Langen, where work is currently underway on the third section. “More and more people want to use the bicycle not only in their leisure time, but in their everyday lives. They are entitled to safe and comfortable routes. That is why we want to systematically expand the cycle paths in Hesse and unite them into a continuous main network.” In addition, he said, bicycle highways are much more than just “highways for cycles”. They should simplify the use of bicycles and thus also facilitate the switch from car to bicycle. Due to the CO2 emissions saved as a result of reduced car use, high-speed cycle connections make a direct contribution to climate protection. At the same time, when there is a high level of use, commuter traffic on the roads is relieved.

The Schütz company is proud to be able to support such a forward-looking project and would like to thank all those involved for the trust they have placed in us.

Sporty greetings from your #TeamSchütz